2021 was another adventure for the Hoole Family. After dealing with all the trials and tribulations of 2020, we were all ready to turn the chapter and start fresh. Unfortunately, the storyline had some unexpected twists and turns. Despite all the precautions we were taking, Alisyn, Carsyn, & I ended up testing positive for COVID-19 in March. Luckily Carsyn and I had mild symptoms; however, Alisyn was down and out with flu like symptoms for about a week. Thankfully, we all made a speedy recovery and have no lasting effects.

Carsyn’s 8th Birthday - In January we celebrated Carsyn’s 8th birthday. Rather than have an indoor party, we decided to host a snow tubing party at McIntyre Ski Area so we could all social distance in the fresh air. This turned out to be a huge success. Parents and children alike were thrilled to get out of the house and socialize. Many had not attended a party in close to a year, so it was a welcome change. A few of the adults were so excited they decided to put on their snow boots and grab a tube.

Ski Trips - Over MLK weekend we rented a house with a few friends in Ludlow, VT and went skiing at Okemo Mountain. Our timing could not have been better as we received 8” of snow the night we arrived. After digging ourselves out of the driveway we enjoyed a powder perfect day of skiing followed by a night in front of the fire with our friends. In February, we rented a ski condo in Waterville, NH. Carsyn & Brody really loved the mountain, particularly the Fun Run Terrain Park. Although dad suggested a change of scenery, the kids had no problem skiing the same run ten times in a row. 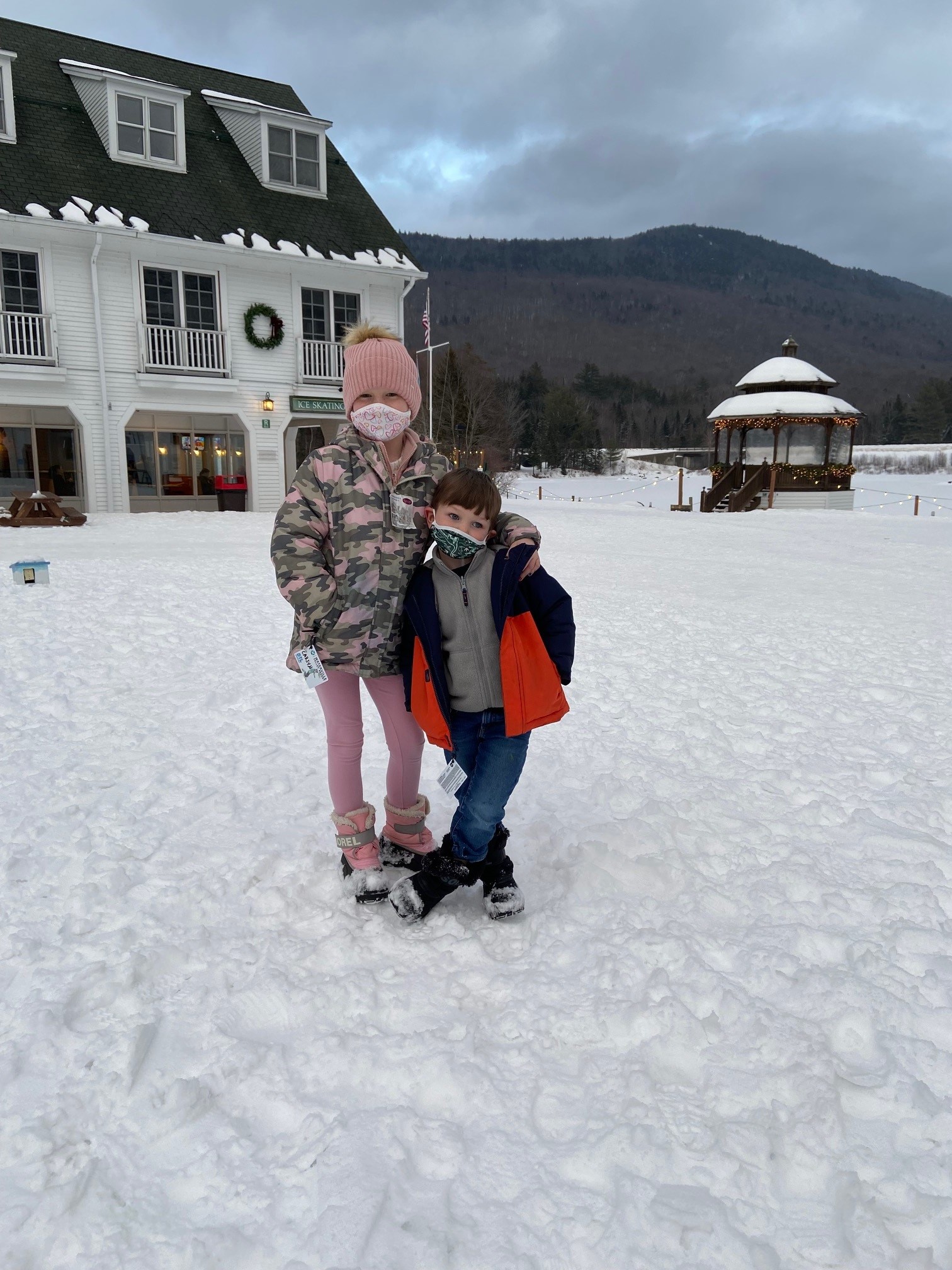 Florida - In June, after we were fully vaccinated, we felt comfortable venturing on an airplane for the first time in over two years. Ironically enough, we ended up spending three out of four June weekends in Florida. Our first trip down was an adult vacation to Ft Meyers. This was our first time to that part of Florida and we were pleasantly surprised by the tropical feel to Ft Meyers Beach – similar to Key West. I was also fortunate enough to spend a day golfing. I quickly learned to stay away from the lakes and ponds as they were infested with alligators. By the end of the day, I came to sympathize with Captain Hook’s fear of reptiles. The day after school ended, we went down to Kissimmee with the kids and Alisyn’s parents. We had a wonderful time swimming, trying new restaurants, and spending a day at SeaWorld. The dolphin & orca shows in particular were very entertaining. 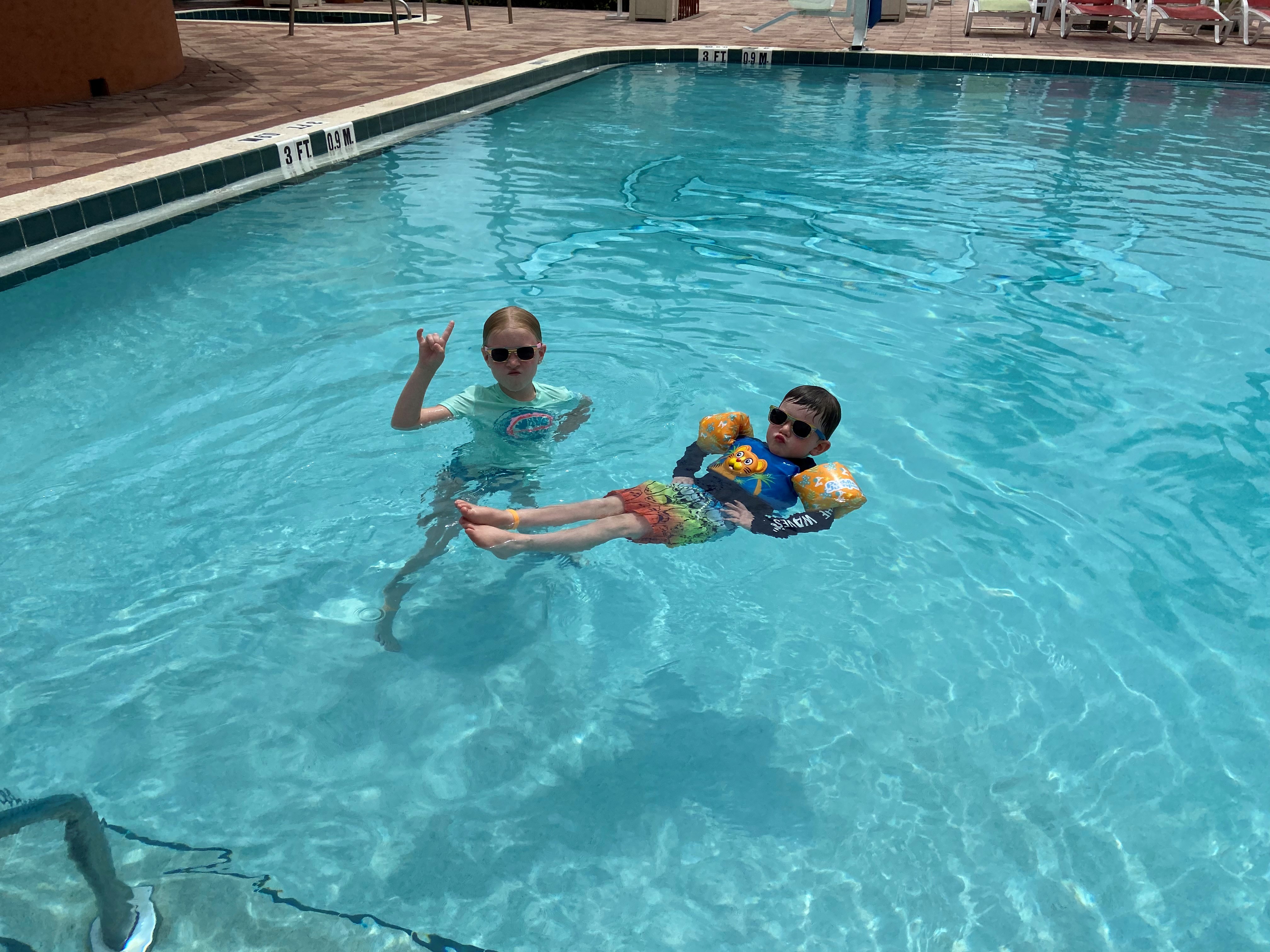 Cheer Family - In August Carsyn started her first season as a Windham Wolverine Cheerleader. The cheer team worked extremely hard to get ready for the fall competition season. I quickly came to realize that cheer is a family affair due to the demanding schedule that was often 5 – 7 days a week. Thankfully Carsyn absolutely loved competing with her team and the coaches were amazing! We ended up meeting a few new friends and started a welcomed tradition of getting dinner & drinks together after the competitions. 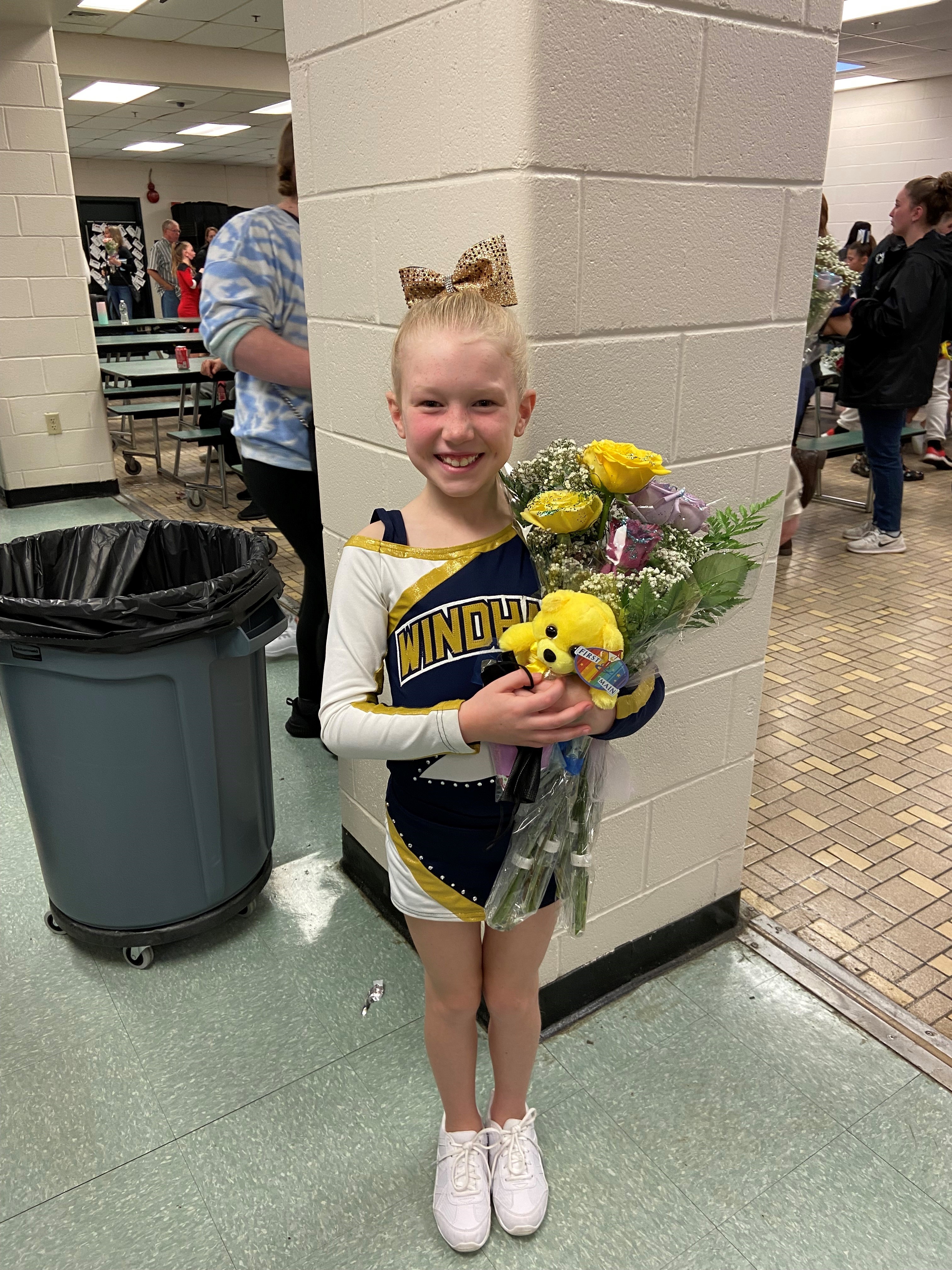 Alisyn's 40th Birthday - In October, my wife Alisyn celebrated her 40th birthday. To celebrate the momentous occasion, we rented a house in Bretton Woods with some close family and friends. The scenic view of Mt Washington from the back deck was unparalleled. Although the highlights of the trip were some competitive games of Kan-Jam and an afternoon adventure to the Iron Furnace Brewery followed by some food and drinks at the Cave - a prohibition-era speakeasy with stone walls.

Brody’s 5th Birthday - Our son Brody celebrated his 5th birthday in December with a party at Altitude Trampoline Park. The kids had a great time bouncing and Brody was thrilled to add several remote-controlled cars to his collection. However, his favorite toy of the weekend was a drone that his Cousin Theo got him. Although the toy is recommended for children over 14, Brody is already a pro flying it around the backyard.

We are looking forward to a fun and exciting 2022 that will hopefully include a family vacation to the Bahamas and a long overdue anniversary trip for me & Alisyn. We hope you all have a safe and prosperous 2022.

Yours truly, the Hoole Family.